5 Things I Wish I’d Known Before Travelling to Jordan

There's more than meets the eye in the Middle Eastern country of Jordan.

As most travellers know, no matter how much research you do, nothing really prepares you for the moment you touch down. Here are some of the things I wish I’d known before visiting Jordan.

If you base your opinion of Jordan purely on its geographical location, it might seem a bit intimidating. Headline-making countries — including Syria, Iraq, and Saudi Arabia — lie just outside of its border. But Jordan is a safe country, where many different people and faiths coexist relatively happily. This is Holy Land, and you can tell by how the Jordanian people work to protect their peaceful homeland. With the exception of border checkpoints, I forgot where I was on many occasions and was able to truly feel at home in the Middle Eastern country. Although I was with a group, I also met many solo travellers who were exploring the country on their own, and felt comfortable doing so. 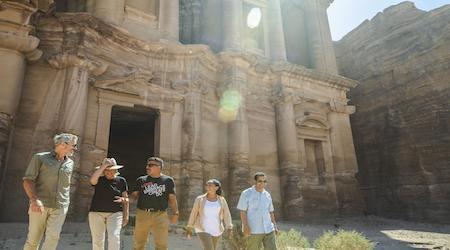 2 - How welcoming Jordanian people are:

A large highlight of my trip was the people. Jordanians would literally give you the shirt off their back. No, really — it’s part of their culture. If you like an item of their clothing or one of their possessions, they will offer it to you. I witnessed this with a travelling companion of mine who asked a restaurant server where his shirt was from. Five minutes later, that exact shirt was folded in a bag in my friend’s hands. This stems from the culture of hospitality, where no matter how little people have, they always feel they can give to anyone, whether it’s a friend, family member, or complete stranger. And if you’re trekking through the desert, the Bedouin people will always welcome you into their tent for a cup of tea. I felt more welcome in Jordan than I have in any North American city. 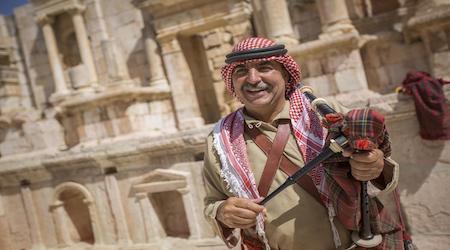 I have absolutely no idea why I had this idea to begin with. As soon as the 15th dish came out on the table during my first Jordanian meal, I knew I wouldn’t be dropping any pounds during my trip because, plain and simple, Jordanian food is incredible.

First of all, there is bread at every single meal. And not just one type — you need multiple varieties to dip in ethereal hummus. And you’ve never had falafel quite like the stuff you’ll find in Jordan: so light and fluffy, and so delicious. Each place we stayed made it slightly differently, so we just had to try them all.

You’re best to save room for a plate of traditional mansaf, which is lamb cooked in fermented, dried yogurt, and served on top of rice. You’ll wash it all down with a traditional lemon mint drink, which is as tasty as it is refreshing. Your pants may get tighter, but it’s worth it. 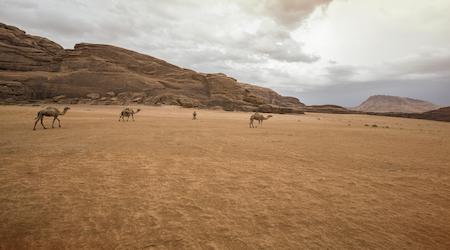 I figured, given the safety concerns about Jordan, that there would be little tourism in the country. Boy, was I wrong. Although tourism in Jordan slowed after the Arab Spring uprising of 2011, it’s ramping back up. For that reason, I’d recommend visiting sooner rather than later, before the historic sites and landmarks get crowded. That said, the recent increase in tourists to Jordan is also helping the industry grow, as new homestays, programs, and social enterprises open to share the beauty of the culture with visitors.

When you think of Jordan, I’d guess that the first thing you picture is Petra’s iconic Treasury. Petra is life-changing, stunning and awe-inducing, and every traveller who visits Jordan should visit the site. But Jordan is so much more than Petra. From the sprawling, modern capital city of Amman to Jerash, just an hour north, which is an ancient Roman city with ruins to rival (and, in my honest opinion, beat) Rome itself. Or you can relax at the famed Dead Sea, where the resorts reminded me more of the Caribbean than the desert. It doesn’t stop there: there’s hiking, canyoneering, diving, ATV tours, cooking lessons … you name it, Jordan has it. 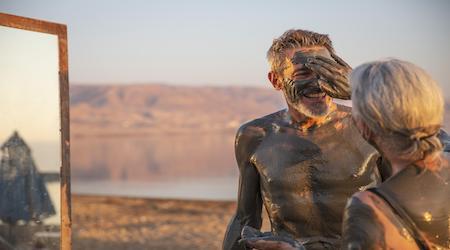 Ready to check out Jordan for yourself?

G Adventures small-group tours connect travellers to the world’s greatest destinations in a way they simply couldn’t achieve on their own. Each tour has been designed to deliver must-do highlights, spontaneous situations, personal freedom, safety and peace of mind, and under-the-radar encounters with local people.

Enquire for the offer now!

FacebookTwitterEmail
* This offer is subject to availability and can be withdrawn or varied without notice.